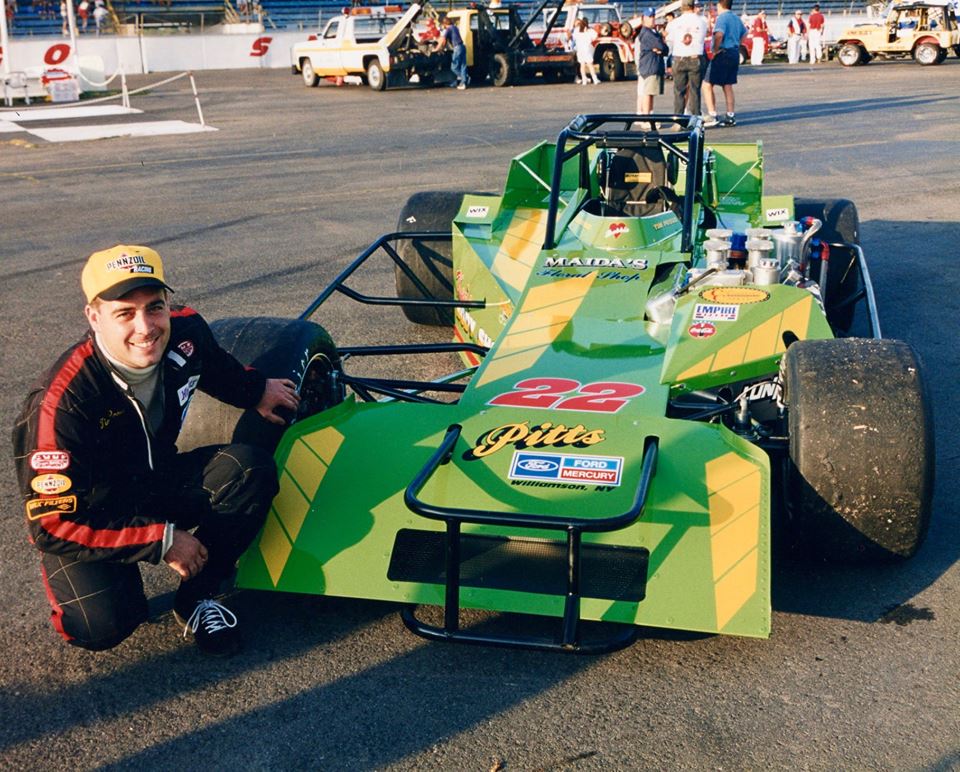 OSWEGO, NY (August 10, 2018) - After purchasing the former Strong Racing No. 99 Supermodified this past March, Pathfinder Bank SBS veteran Camden Proud is ready to hit the track for his first ever laps with the renumbered No. 22 sponsored by Ken's Body Shop, Step One Creative, and Budget Signs later today at Oswego Speedway's 4 to 8pm 'Fast Friday' session.

Fans may recall Proud's intent to attempt a throwback scheme to his father Tim's 2002 No. 04 machine, but as the team began to assemble the Hawk Chassis racer a few weeks back, Proud found that this may proove difficult and decided to go with the alternative option of the green No. 22 ride which was sported by Tim for his rookie Supermodified effort in 1998.

"A lot of you may recall us planning a throwback scheme to my Dad's No. 04 car soon after we made our purchase from the Strongs. As we started assembling things a few weeks ago, it became apparent to us that painting a new color over the powder coat on our frame, bumpers, and nerf bars  to make that work would prove very time consuming, not to mention perhaps ruin the entire coat anyway," Proud explained. "Instead, I've done my best to keep it a secret, but I'm excited to share that we will be at the track with the green Ken's Body Shop No. 22 today."

The new scheme, which was made possible by the tireless efforts of Chris Proud at Integrated Marketing Services and in conjunction with Step One Creative and Budget Signs of Oswego, mimics Tim Proud's 1998 Supermodified livery. Proud also made his very first ever International Classic start in 2000 as No. 22 and Camden hopes to follow in his father's footsteps in just a few short weeks.

"The scheme is a close replica to my father's car from 1998," offered Proud. "He also started his first Classic with this number and both my sister and I raced it in quarter midgets so it means a lot to me. It was my idea to honor Dad with a throwback scheme to thank him for all his years of dedication and not to mention all of the hours and sacrifice that have gone in to making my ultimate dream in motorsports come true; to be the proud owners of a Supermodified together. Doing this would not have been possible if it weren't for the tremendous effort between Chris Proud, Step One Creative, and Budget Signs. Thank you to all involved."

For trackside updates this weekend both during the race on Saturday as well as throughout Proud's Supermodified debut this afternoon, you can visit ProudMotorsports.com, LIKE on Facebook at Facebook.com/ProudMotorsports or FOLLOW on Twitter @ProudMtrsports. The team will unveil the No. 22 machine at the track around 4pm on Friday.